SVGEdit is a fast, web-based, JavaScript-driven SVG drawing editor that works in any modern browser. SVGEdit is based on a powerful SVG canvas @svgedit/svgcanvas 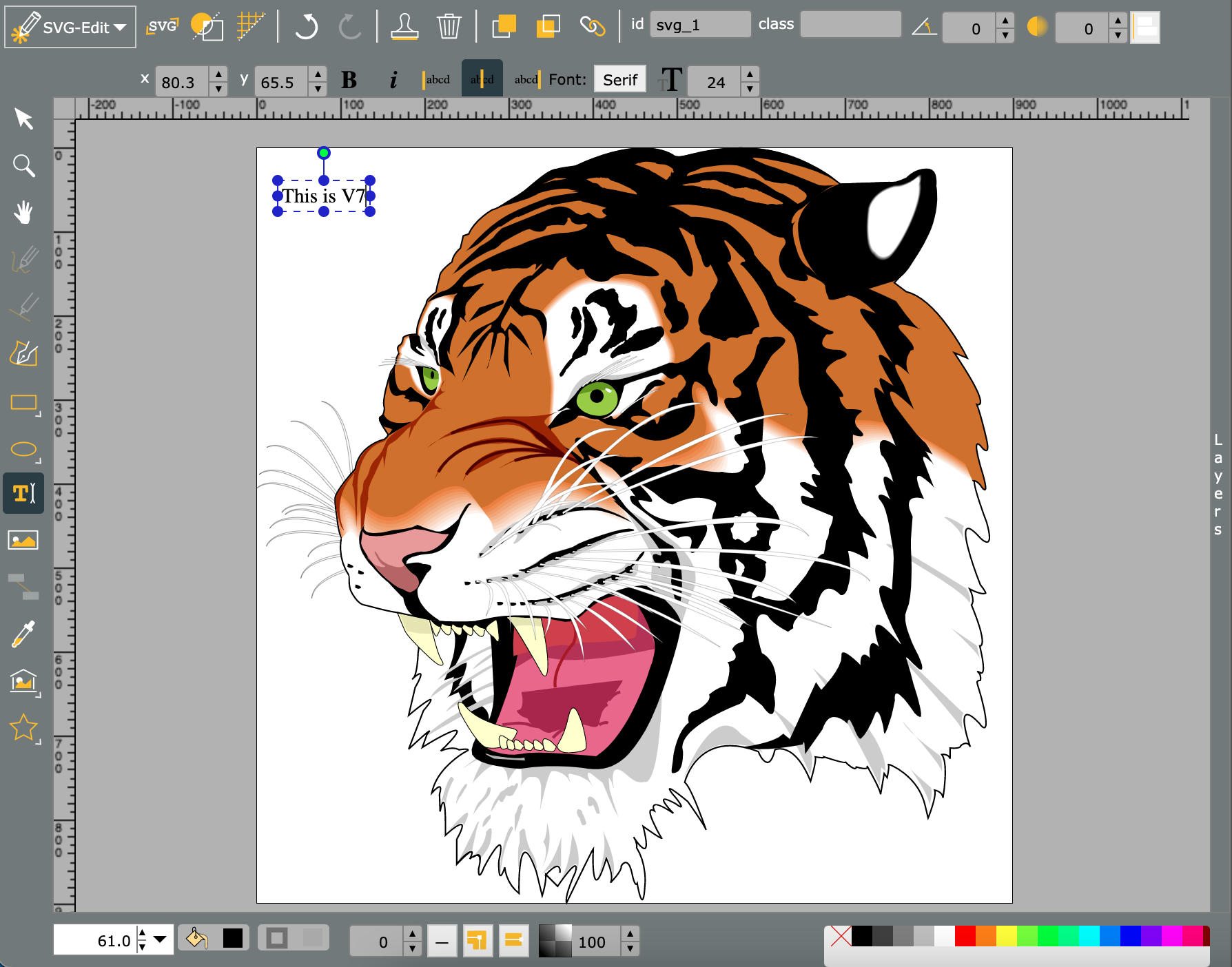 SVGEdit is the most popular open source SVG editor. It was started more than 13 years ago by a fantastic team of developers. Unfortunately, the product was not maintained for a quite long period. We decided to give this tool a new life by refreshing many aspects.

Please let us know with an issue or a discussions if you wish to contribute.

I want to use SVGEdit

Thanks to Netlify, you can access the following builds from your favorite browser:

We recommand using the V7 version but for older browsers or some abandoned features, you may need to access to old versions of SVGEdit.

Additional tip: you may try a version released on NPM using unpkg for example with version 3.2.0

I want to host SVGEdit in my environment

If you want to host a local version of SVGEdit, please follow these instructions:

I want to contribute to SVGEdit

SVG-Edit is made of two major components:

You should fork SVGEdit in your github environment and install locally SVGEdit as explained above. Before you submit your PR, please make sure you run locally:

If you intend to contribute on a regular basis, let us know so we can add you in the maintainer team.

I want to integrate SVGEdit into my own Web application

V7 is changing significantly the way to integrate and customize SVG-Edit. You can have a look to index.html to see how you can insert a div element into your HTML code and inject the editor into the div.

Warning: This div can be positionned anywhere in the DOM but it must have a numeric width and a numeric height (i.e. not ‘auto’ which happens when the div is hidden)

I want to build my own svg editor

You can just use the underlying canvas and use it in your application with your favorite framework. See example in the demos folder or the svg-edit-react repository.

To install the canvas:

you can then import it in your application:

Developments and Continuous Integration are done with a Chrome environment. Chrome, FireFox and Safari recent versions are supported (in the meaning that we will try to fix bugs for these browsers).

Support for old browsers may require to use an older version of the package. However, please open an issue if you need support for a specific version of your browser so the project team can decide if we should support with the latest version.

Sample extension based on React

A sample React component was used to build a svgedit extension. To activate:

SVGedit versions are deployed to: